Note: File Download Provided By DropBox. Registration Is Not Required. Simply Dismiss The Prompt To Download Your Files.

You Can Download All Files Now, Or Scroll To Preview Some Selections.

Johnny Fierro is a gunfighter with a lifelong vow to kill his father, should he ever get the chance. Raised on his own in the border towns of Mexico in the 1870s, Fierro’s clawed his way to the top, and he’s growing tired of the killing and bloodshed– that is, until he learns his father is fighting for land in the Cimarron Valley.

JD March is the author of Fierro’s tale, Dance with the Devil (Five Star Publishing, 2014), book one of The Devil’s Own series. March will speak and sign books at [location] on [month, date] at [time]. Dance with the Devil recently earned March the title of Best New Western Writer from True West Magazine as well as a finalist position for the Spur Award for Best Traditional Western Author.

Dance with the Devil follows Fierro as he arrives at his father’s ranch and is met with more than he bargained for: a brother he never knew existed and an offer from his father to share the ranch. As Fierro gets to know his upright, authoritarian father and Eastern-raised brother, Fierro finds that his mother may not have have told him the whole story of his past. And when the bullets start flying, Fierro finds he has choices to make– and fast.

Johnny Fierro is a gunfighter and an anti hero– damaged, difficult to like and quick on the draw. And yet, readers find themselves rooting for the character in this action-packed, rather dark western novel.

Dance with the Devil book takes place at a point in American history when law is breaking down in the Cimarron Valley after the departure of Lucien Maxwell. It’s also a time when many of the residents were fresh immigrants from faraway lands– including March’s native England. A lifelong journalist and horseback rider, March found herself captivated from a young age with the Western landscape, stories and culture.

At her signing March will tell of her experience in the saddle, her love for the American West, and her writing experience. March will also preview the next book in The Dance With the Devil series due out soon: An Uneasy Alliance. Books will be available for purchase, and more information can be found at www.jdmarch.com.

JD March: Breaking the mold of the standard Western author

And while March has had her share of days in the saddle, has dehorned and vaccinated cattle, and has slept under the stars in below-freezing weather, she’s not what you’d expect from a western writer. For one thing, she’s English; for another, she’s a woman.

But even the manliest, most by-the-book (as they say) western readers and enthusiasts will find themselves drawn into Dance with the Devil, unable to put it down– let alone toss it aside.

March’s name on the cover of the book intentionally left readers without a clue as to the gender of their writer, and that was how March wanted it.

“I think that’s a good thing, because it should be irrelevant,” March said. “Either it’s a good story or it isn’t.”

March’s book follows Johnny Fierro, a gunfighter who’s something of an anti hero; one who’s damaged, difficult to like, and quick on the draw- and yet it’s nearly impossible not to root for him.

Fierro has always vowed that given the chance, he’d kill his father. Left on his own on the border towns of Mexico, he’s hunted trouble and clawed his way to the top as a gunfighter. But once he’s there, he finds that he’s tired of the killings and of the range wars– that is, until he hears his father is fighting for his land in the Cimarron Valley.

It’s an opportunity Fierro can’t miss. He rides north for revenge, but finds more than he bargained for: a brother he never knew existed and an offer from his father to share the ranch. As Fierro gets to know his upright, authoritarian father and Eastern-raised brother, Fierro finds that his mother may not have have told him the whole story of his past. And when the bullets start flying, Fierro finds he has choices to make– and fast.

Set in the 1870s, the book takes place at a time in American history when law was breaking down in the Cimarron Valley, after the departure of Lucien Maxwell. It’s also a period when many of the residents were fresh immigrants from faraway lands– including March’s native England. March, a lifelong journalist and horseback rider, found herself captivated with the Western landscape, stories and culture from a young age.

“Coming from an English landscape, the American West, with its huge, vast expanses, really captured my imagination,” March said. When she suffered a head injury, life’s impermanence

was all too clear, and she pursued lifelong dreams: to work on a real ranch and to write the western stories that had always enthralled her.

It was then that March came to the American West to experience it in its truest form. She found a ranch (a real ranch, not a dude ranch) and spent days on end in the saddle with no luxuries and work to be done.

“I loved every minute of it,” March said, recounting the shivering nights and dirty jobs.

One thing is certain: March’s English upbringing and female perspective should not be used as stereotypes from which to derive the essence of The Devil’s Own series- it is dark, action-packed and western to the core.

Dance with the Devil, released in 2014, is only the beginning of The Devil’s Own series, with book two out soon and more to follow.

“After book one, the series gets even better,” March said, saying that there’s more action to come. She adds that readers with an attention to detail will be rewarded. “Throughout the book there’s hidden clues that only take shape in future books.”

Find The Devil’s Own and learn more about March and her upcoming books at www.jdmarch.com. Dance with the Devil is available in local bookstores and online. [March will be visiting [name of bookstore] on [date at time] to speak and sign books.]

1. Click on image to enlarge.
2. Right click on image.
3. Choose ‘Save image as…’ to save it to your computer

You can also download files via the button below. 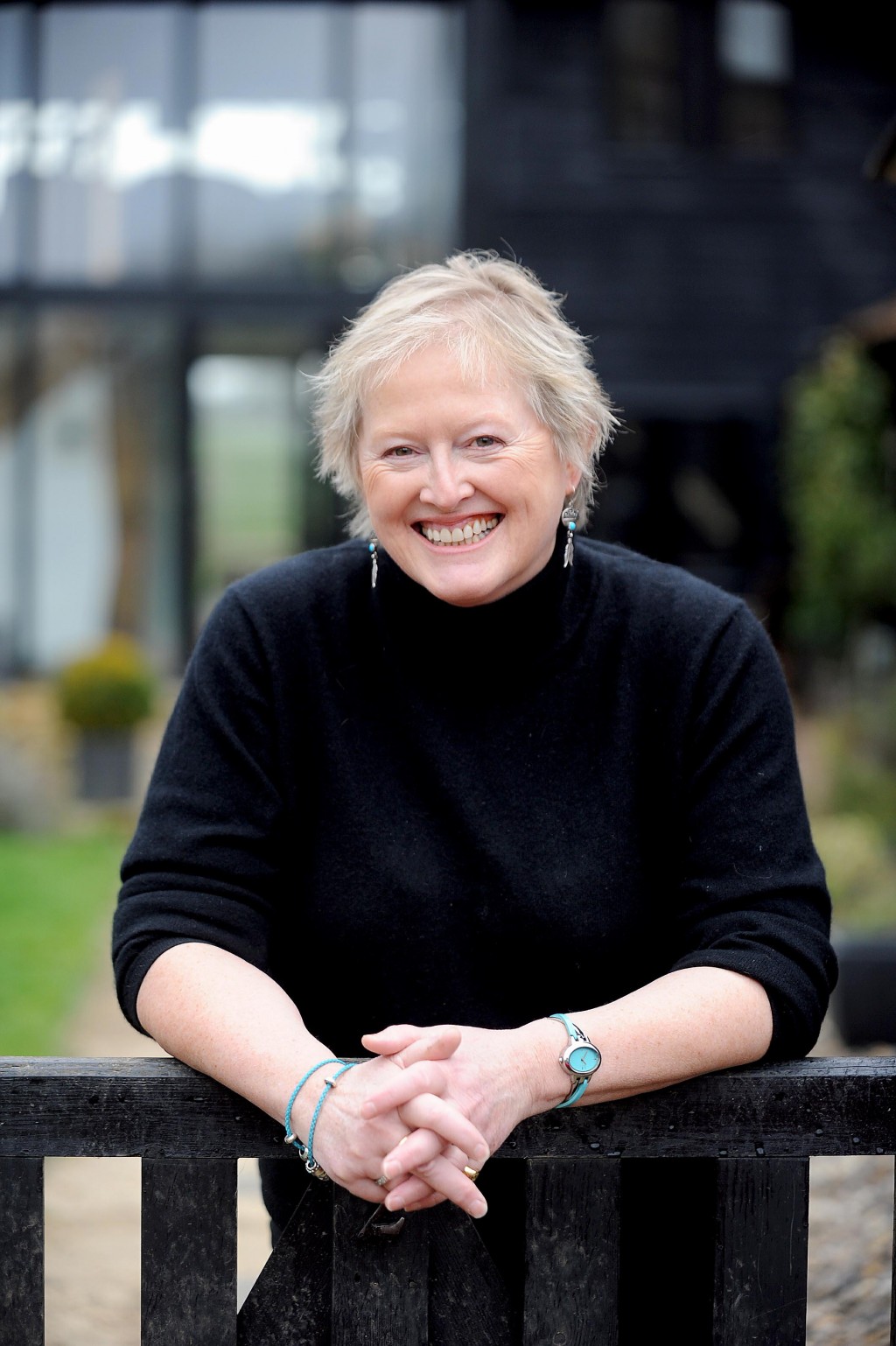 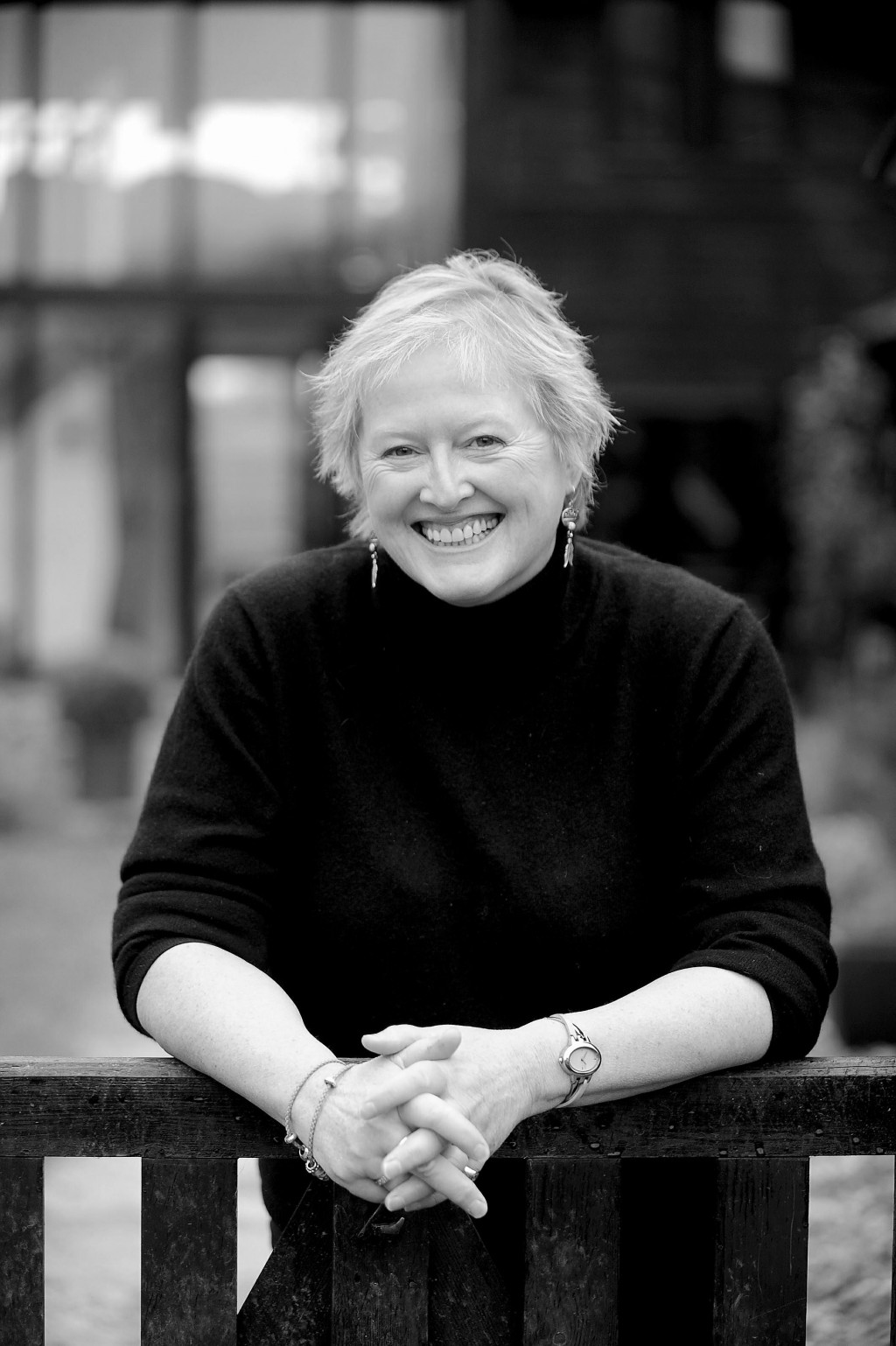 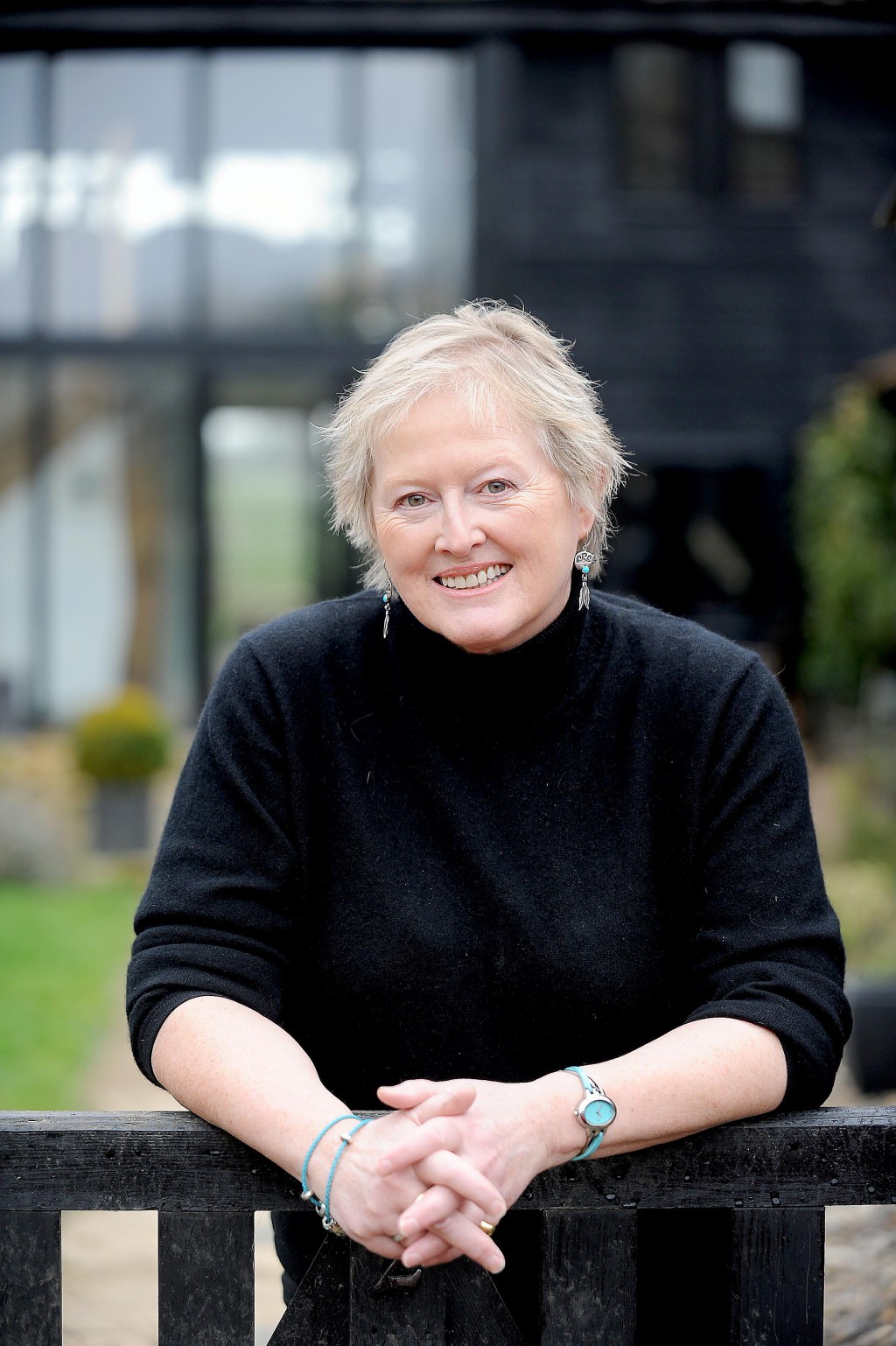 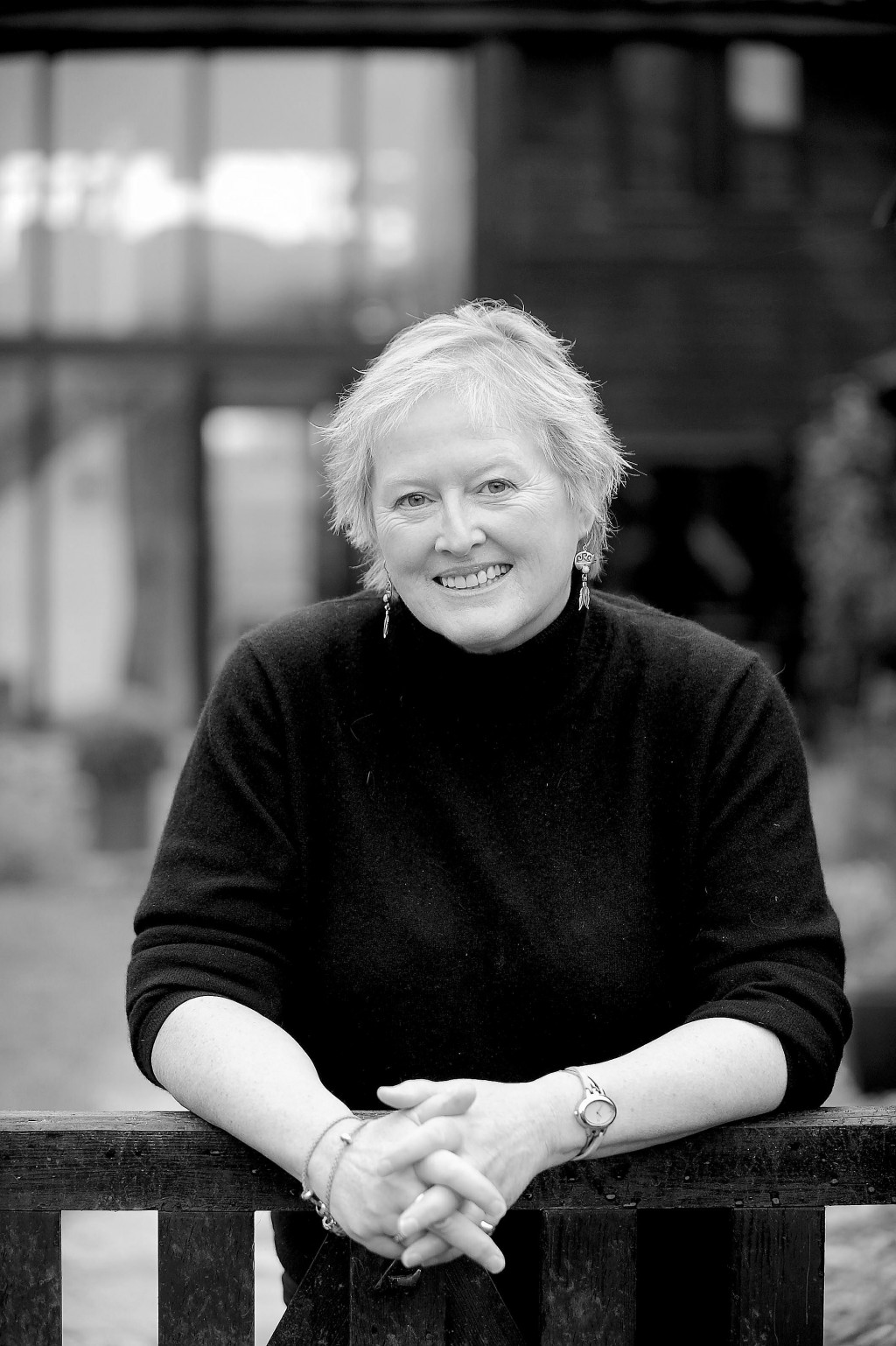