The Joys Of Travel & Western Writers of America 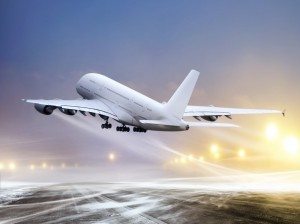 The day started well. I set off from London Heathrow and treated myself to the luxury of breakfast at the Seafood Bar with scrambled eggs and smoked salmon. The waiter insisted he remembered me from previous visits and presented me with a glass of champagne. Could the day get any better?

The plane even departed dead on time – so well done United Airlines. But once we reached cruising altitude the skies outside the plane turned to night. I spent ages trying to figure that one out. ( Make allowances here for the fact that I had been up very early and was probably still half-asleep.) How could it be nighttime anywhere, I asked myself. It is,after all, the longest day. But it was definitely dark out there, and as we flew over Greenland I could barely make out the ice. Then it dawned on me that the new aircraft has some sort of new windows that make it look dark outside. Presumably they think this makes it nicer for passengers and enables them to gaze at their little television screens without being disturbed by  the sun. But for some of us, who choose window seats so that we can marvel at the beauty of the arctic circle or the deserts that we cross, yet alone the fact that the light outside makes the claustrophobic feel a little happier about flying, this development is very depressing. I feel short-changed and the one pleasure I took from flying has, I fear, gone for good.

So four boring films later, I arrived in Houston only to find that my onward flight was delayed. I had four and a half hours to kill in Houston airport. Why is it that whenever I get delayed it’s always at Houston? This is one of life’s mysteries never to be solved. Still airports are wonderful places for people watching.

Why for example was there a man sitting is a vast striped dressing robe? It was covered in swirling appliqué fabric and was um… eye catching to say the least. And there was the man sitting in the seat in front of me who periodically scratched frantically at his head before slapping hard at whatever was irritating him. I leaned far back into my seat and prayed that whatever he had didn’t jump…

But eventually I arrived to be greeted by cheerful reception staff who made the day instantly better. And I didn’t even lose my luggage!

And after 24 hours traveling, I slept the sleep of the Gods in a wonderfully comfortable bed, and had a delicious omelette with chilis for breakfast. Now can life get any better than that?