Gunfighter Johnny Fierro is trying to settle into a new life as a rancher in the Cimarron Valley in New Mexico, but his past just won’t let go. Whether it’s gunfighters looking to settle old scores, or bushwhackers who’d like to put a bullet in his back, there’s always someone out to get him.

The neighbors — and maybe his father too — want him gone or dead, until lawless drifters bring trouble to Cimarron. Then the neighbors want to hire Fierro. When the drifters attack a woman in town, Johnny knows he’s the only one who can stop them — but at what cost? 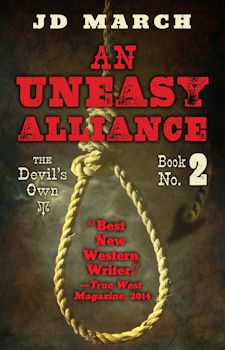